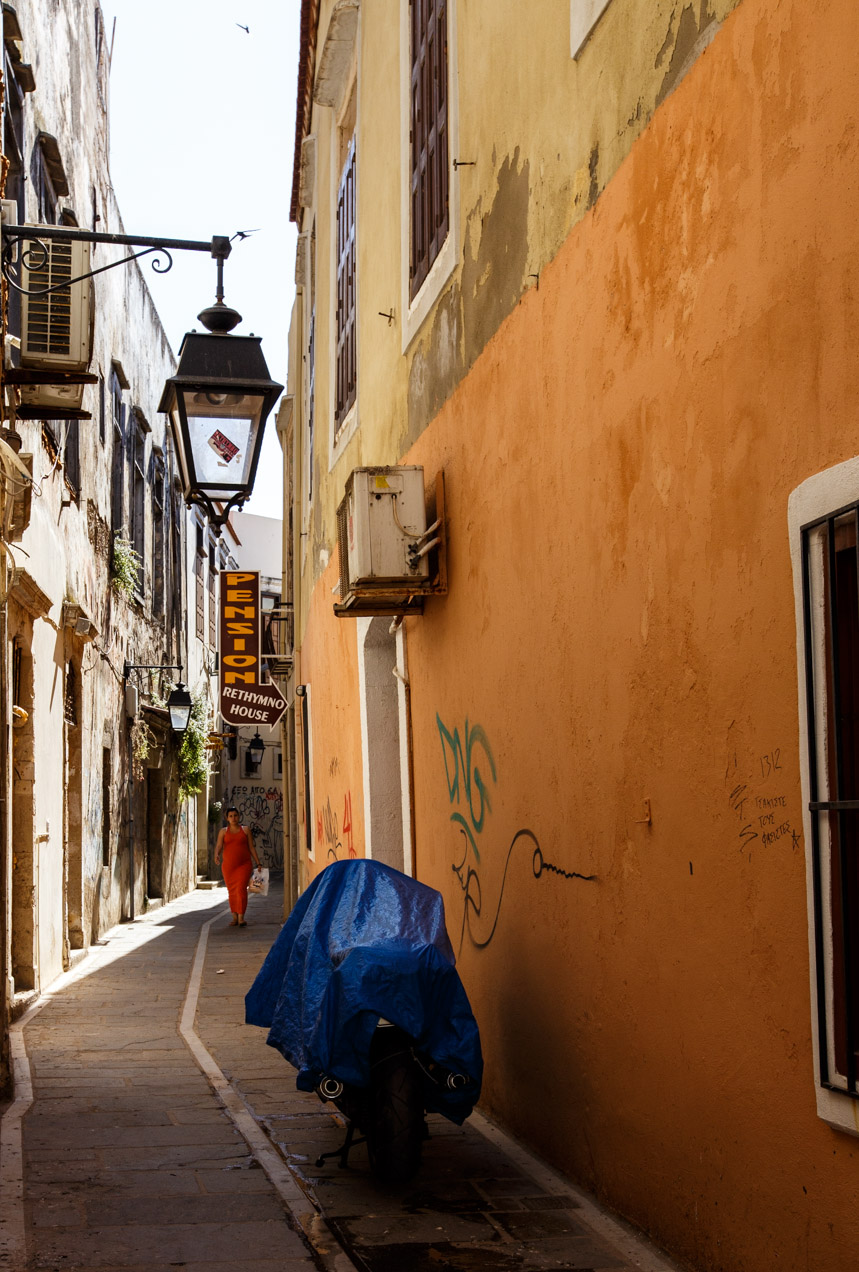 A back street in Rethymno Old Town. The graffiti to the right reads: “Crush the fascists”.  The upswing in popularity of the far-right party Golden Dawn in Greece has prompted a powerful opposition movement from left and far-left groups, who have rallied against Golden Dawn’s divisive views on race and the role of immigrants in Greek society.

The murder of the rapper Pavlos Fyssas in September 2013 by a self-confessed Golden Dawn supporter prompted a drive-by shooting reprisal by an anti-establishment group in November 2013 which killed two Golden Dawn members. On the 26th January 2014, Kathimerini reported that Golden Dawn members had returned to the spot where Fyssas was murdered, and “vandalised” the makeshift shrine there.

In the wake of the September murder of Fyssas, and with mounting controversy over Golden Dawn’s links to violent attacks, weaponry and neo-Nazism, numerous Golden Dawn offices were raided, and several of its representatives have been imprisoned over the party’s potentially ‘criminal’ involvement, with the future of the party being called into question.

On the 2 February 2014 Ilias Kassidiaris – a spokesman for Golden Dawn, announced the party would seek to re-brand itself as ‘National Dawn’, if, as predicted by some, the Golden Dawn party is to be banned.

The day before (Saturday 1st January) some 3,000 Golden Dawn supporters gathered in Athens to commemorate the 1996 crisis involving the contested Imia/Kardak islands, which prompted a diplomatic incident between Greece and Turkey. This Golden Dawn commemoration gathering sparked a resurgence of the animosity between Golden Dawn and far-left groups, with the Associated Press reporting “scuffles” between individuals on opposite ends of the political spectrum.

Kathimerini – ‘GD thugs return to the scene of the crime’